The god of small things 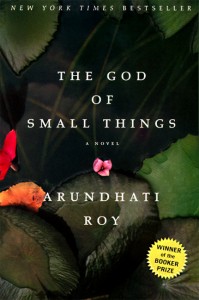 territory in the genre of magical, prismatic literature. Set in Kerala, India, during the late 1960s when Communism rattled the age-old caste system, the story begins with the funeral of young Sophie Mol, the cousin of the novel’s protagonists, Rahel and her fraternal twin brother, Estha. In a circuitous and suspenseful narrative, Roy reveals the family tensions that led to the twins’ behavior on the fateful night that Sophie drowned. Beneath the drama of a family tragedy lies a background of local politics, social taboos and the tide of history, all of which come together in a slip of fate, after which a family is irreparably shattered. Roy captures the children’s candid observations but clouded understanding of adults’ complex emotional lives. Rahel notices that « at times like these, only the Small Things are ever said. The Big Things lurk unsaid inside. » Plangent with a sad wisdom, the children’s view is never oversimplified, and the adult characters reveal their frailties?and in one case, a repulsively evil power?in subtle and complex ways. While Roy’s powers of description are formidable, she sometimes succumbs to overwriting, forcing every minute detail to symbolize something bigger, and the pace of the story slows. But these lapses are few, and her powers coalesce magnificently in the book’s second half. Roy’s clarity of vision is remarkable, her voice original, her story beautifully constructed and masterfully told.

All we hear is a whispering. And we cannot understand  the whispering, because our minds have been invaded by war. A war that we have won and lost. The very worst sort of war. A war that captures dreams and re-dreams them. A war that has made us adore our conquerors and despise ourselves.

Structurally, Marxism was a simple substitute for Christianity. Replace God with Marx, Satan with the bourgeoisie, Heaven with a classless society, the Church with the Party, and the form and pupose of the journey remained the similar. An obstacle race, with a prize at the end.

Ammu wondred at the transparence of that kiss. It was a clear-as-glass kiss. Unclouded by passion or desire – that pair of dogs that sleeps so soundly inside children, waiting for them to grow up. It was a kiss that demanded no kiss-back.

The secret of the Great Stories is that they have no secrets.

This was man’s subliminal urge to destroy what he could neither subdue nor deify.